The Joy of Glory

Discovering endless joy in the boundless glory of God…

The Gospel According to the World Cup 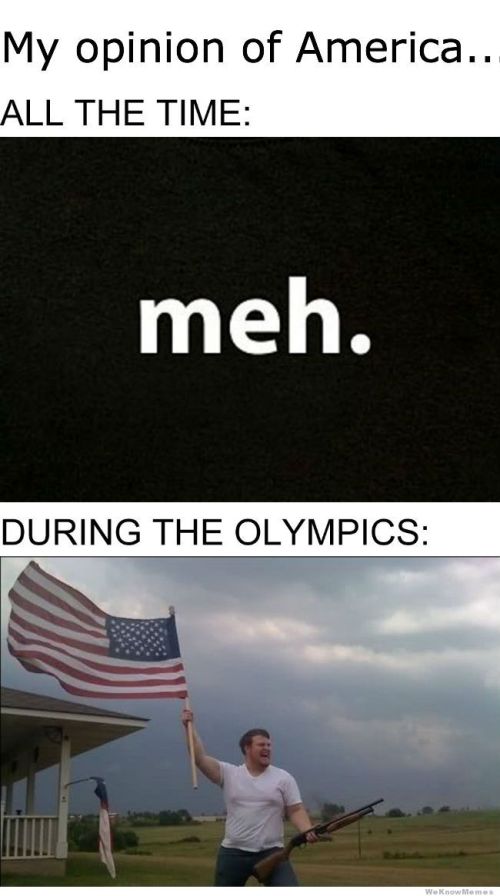 We laugh because we know it’s true. Perhaps this doesn’t make sense to those from “the greatest generation,” but the younger you are, the more you will chuckle at the absurd truth pictured above.

I find myself amidst a generation that has never showed much in the way of patriotism. However, the moment the Olympics roll around, we paint ourselves up in red, white, and blue and are proud to be Americans.

The World Cup has reminded me of this reality over the past several weeks… especially with the USMNT about to play in the knockout round in less than an hour. Futbol/Soccer in America has been gaining steam throughout the years and it seems like more people are on board this year than ever before!

What amazes me is that many of these people are my age. The very generations who would never purchase a flag to fly in their yard, are wearing them like capes and chanting “I believe that we will win,” 24/7.

Now here’s the deal… I am NOT bemoaning the growing popularity of soccer in the states. Others have done that ad nauseum. I actually like soccer and welcome its growing popularity.  I definitely don’t think any sport should consume our lives, but I do believe they are a part of God’s common grace to be rightly enjoyed. I am also NOT trying to make an assessment about the state of patriotism (or the lack thereof) in the United States.

These are not the things that interest me most.

What I find intriguing is WHY worldwide sporting events, such as the world cup, can take a nation like ours, that is divided on nearly every public issue, and unite us all under one banner. What is it about soccer, or any sport that brings us together while all other things seem to drive us apart?

I think the answer is found in one word… CLARITY.

How has this happened? 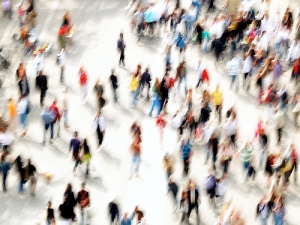 I have a theory. I think the same “fuzziness” we experience in the culture at large would invade sports culture if we made one slight change to the way rules are formulated for these games. What if we simply said every player is free to make up their own rules? They can each play the game the way they see fit. While we are at it, the fans can make up their own rules as well.

Such action, in one fell swoop, would destroy all the “unity” we currently experience through the games we love so much.

This is the epidemic we find in our culture at large. We have embraced the values of Israel during the period of the Judges… “In those days there was no king in Israel. Everyone did what was right in his own eyes (Judges 21:25).” We want no one to be king, but us. We each want the freedom to determine what is right and wrong for ourselves… and then we’d really love to enforce our own sense of morality on everyone else.

But, let’s be honest…this isn’t an American problem. It’s not a modern problem. This is a human problem. Ever since Genesis 3 we have believed the lie that we can “be like God.” We can know right and wrong and make the rules for ourselves.

The truth revealed by Scripture is that there is one God and I am not him. This God has designed the universe and all in it and has revealed his will for how it is to function. His will is good, loving, and perfect. We were designed to live with him as King! He defines right and wrong by his Word… and we live by faith in his goodness. We trust him. 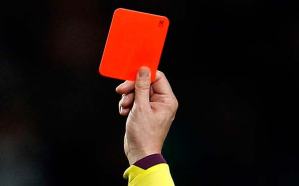 We all know that if a soccer player decided to make-up their own rules they would be ejected very quickly. In a much greater way, the same thing has happened in reality. Our rebellion against God has brings about death. That is the only thing that actually makes any logical sense! God is holy and deals with sin/evil in a permanent way. He eliminates it! Which is the good and right thing for him to do! All of us want God to eliminate evil, we just don’t want to believe that includes us… but it does!

Yet, the good news of the Gospel is that Jesus Christ has taken our death our rebellion deserved! Through faith in him, “being our own king” dies and “knowing God as king” comes to life!

The Gospel is clear! It declares that Jesus is King and we are not!

The church unites under him in a greater way than any nation has ever united under the banner of a sports team! And that is a beautiful thing!

Soccer is known as “the beautiful game.” Seeing a team work together toward the goal for which the team was created, and a whole nation get behind them…it really is beautiful. But, how much more beautiful is it when we as people strive for the goal we were created for…when we unite under the kingship of God! This is not oppressive, repulsive, restrictive, or unloving…it is beautiful!

Individual kingship is not beautiful… it is rebellion that rips apart what is truly beautiful. Much like individual rule-making would destroy the beauty of soccer.

The kingship of God is beautiful…more beautiful than any game!

Soccer may be just a game, but the reality behind why it unites and excites us is rooted in a much deeper, larger story… the story of the Gospel. We all long for the kind of clarity that can only be truly found in the Gospel! Soccer (and all sports) hint at this clarity. They point us to what it is like to experience the beauty of being united in a purpose we all agree is right and good! They point us toward the truth found in the reality of the Gospel alone. 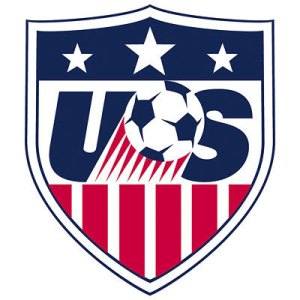 So as the world unites behind their teams… as I unite with my fellow americans to chant “I believe that we will win…” I want to declare with ultimate clarity that my heart’s true chant is “I believe that Christ will win!” My real unity is with him as my king and the Gospel says he is your king too!

Into a “fuzzy” world, the Gospel cuts with ultimate clarity! Embrace Jesus by faith! I promise that more so than any game… he is beautiful… our beautiful king.